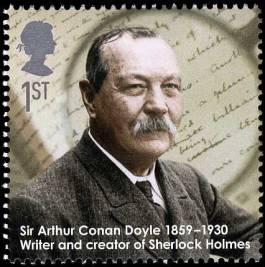 My love of Sherlock Holmes started when I was in junior high school and my oldest brother would take me to a little bookstore, “Call Me Ishmael,” in Saugatuck, Michigan. My brother coul…

Source: The Casebook of Sherlock Holmes by Arthur Conan Doyle 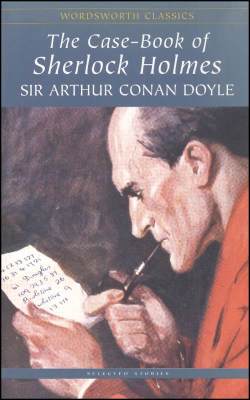 My love of Sherlock Holmes started when I was in junior high school and my oldest brother would take me to a little bookstore, “Call Me Ishmael,” in Saugatuck, Michigan. My brother could spend hours in that place, so one time I picked up “The Return of Sherlock Holmes,” settled down in a chair, and was quickly lost in Victorian England. I ended up reading all 56 short stories and 4 novels about Sherlock Holmes quickly, and I returned to them many times over the next 35 years.
One I have not read for many years is the final collection of short stories, The Casebook of Sherlock Holmes. Now I know why — this is a forgettable collection of Holmesian lore. It is not without some good stories. “The Problem of Thor Bridge,” written in 1922, shows Holmes showing that brilliance we are used to seeing.  He solves a mystery of how one woman dies and in the process, saves the life of another woman about to die for a crime she did not commit. Apparently, the story is based on a real-life investigation which is very similar to the story. I don’t want to spoil any endings for new readers, but the recreation of the crime by Holmes is excellent. 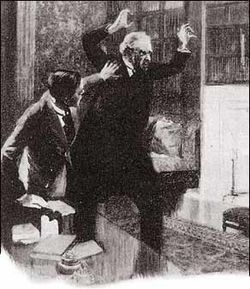 “The Adventure of the Creeping Man”

That this is followed by “The Adventure of the Creeping Man,” written a year later, only adds to the question of what was Doyle thinking? I’ve never bought into this story where an older man takes some monkey serum so he can be virile and ready for the young woman he wants to marry. This 19th century Viagra makes him act like a monkey and suddenly gives him the strength and ability to scale walls (pretty virile for a 61-year-old). Turns out that there was a Russian doctor working on such an item around when Doyle wrote this, so he may have read about it. Some commentators see this as more science fiction, but I see it as a Holmes story gone wrong.

But there is hope when we read stories such as “The Adventure of the Illustrious Client.” While not the best narrative, Doyle does create a modern-day criminal who is more sociopath than gentlemen criminal. Baron Gruner is downright scary. And, “The Adventure of the Retired Colourman” shows Holmes doing some great sleuthing, although how he gets caught by a rival sleuth seems very un-Holmesian. 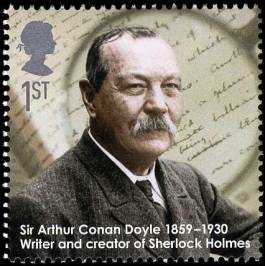 It is not appropriate to pass by all the stories without noting just how much a man of his times Holmes appears to be in “The Adventure of the Three Gables.” Unfortunately, that time was overtly racist and Watson’s stereotypic descriptions of an African man a Holmes’ stereotypic categorization of African’s is all too clear and too ugly in this story. It is not the only story in which this appears and women are not treated with too much respect unless they outsmart him (e.g. Irene Adler).

I’m not alone in my disappointment with these final stories. Holmesian scholars think some are so bad (and two are actually written by Holmes himself) that Watson is not the true author. [Note: many Holmes scholars treat Holmes and Watson as real people and see Doyle as someone helping out — they are not serious about it, but they usually talk in that vein and have a good time with it].

So, in the end, this is not the Holmes volume I’m sending you to read first. I still love my Sherlock Holmes stories and I think “The Adventures of Sherlock Holmes” reads like a “best of” collection because the stories are so strong. So start there and end with the Casebook — you’ll be more forgiving by that time.

Note on the title: “Case-book” is the British spelling, “Case Book” is the American version, and “Casebook” is just another spelling by publishers. My first version was “Casebook,” so I stuck with that.

Looking at dying and death for what it is: a part of life.

A Place for Everything...(everything in it's place).

Life, Love and the Pursuit of Happiness. All Opinion, All of the Time.

Chronicles of a Grieving Momma...

Momming and dealing with grief - at the same time.

The Legacy of Leo

The Sand and the Water
Aleteia — Catholic Spirituality, Lifestyle, World News, and Culture

Aleteia is a worldwide network providing daily content designed to inspire readers in their daily life.

Homilies and thoughts from a Roman Catholic Priest

A Parish Priest with a Few Things to Say

Listen to your inner self..it has all the answers..

The Journey of My Left Foot (whilst remembering my son)

I have Malignant Melanoma, my son had Testicular Cancer

Journey on strength and healing through child loss

super trooper
Beyond A Mothers Mind

One mom's journey through life, love, and loss.

You Can Trust Him.

God's Faithfulness for the Grieving Parent

"I have enough time to rest, but I don't have a minute to waste". Come and catch me with your wise words and we will have some fun with our words of wisdom.

Tales from the mouth of a wolf